Special thanks to Jinsie P. for testing.

Recommended Lenormand resources for those interested in learning more:
Labyrinthos

From Wikipedia:
Marie Anne Adelaide Lenormand (1772–1843) was a French professional fortune-teller of considerable fame during the Napoleonic era. In France, Lenormand is considered the greatest cartomancer of all time, highly influential on the wave of French cartomancy that began in the late 18th century.

After Lenormand's death her name was used on several cartomancy decks including a deck of 36 illustrated cards known as the Petit Lenormand or simply Lenormand cards still used extensively today. The 36 card Lenormand deck is modelled on a deck of cards published ca.1799 as part of Das Spiel der Hoffnung (The Game of Hope), a game of chance designed by Johann Kaspar Hechtel of Nuremberg.

Future plans:
- Support for significators
- New 0 / Androgyne / Joker card
- Information about which cards are generally positive, negative, and neutral
- More detailed tutorial
- Unique meanings for all possible Lenormand combinations - currently the meanings vary based on whether the card is on the left or right in a pair. However, it would be a much more robust program if every possible combination had its own unique sentence, or range of sentences!

Changes made May 23rd, 2020:
- Added previous and next buttons in tutorial
- Added pixel icons to pages for exploring the cards
- Added explanations for each reading type on reading pages 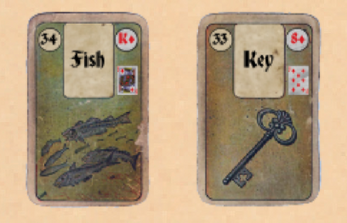