An oracle by Marilyn Roxie. Coming upon the compelling, fairytale sweet, and mysterious pictures and verse of Edith Richardson's Songs of Near and Far Away (1900) during a search through The British Library’s public domain collection inspired the creation of this 33 card oracle deck based on her charming book.

Edith Richardson was a British poet and illustrator born in 1867 in Newcastle-upon-Tyne, Northumberland, England.

She authored a number of books, many for children: Sun, Moon, And Stars: An Ownty Downty Book of Pictures and Verses for Children (1899), Songs of Near and Far Away (1900), Artist Songs (1908), Doors: Fantastic Adventures of a Boy Who Would Climb (1911), Seeking: Plays for Children (1911),  The Dim Divine (1914), Wither Goest? (1918), and Neutopia (1925). Neutopia stands out as rather different from the rest, a science-fiction title wherein male explorers happen upon “a socialist Utopia...founded by women” who appear at first glance as telepathic but in actuality “read thoughts [in] sympathy” as a kind of language with one another.

Richardson’s author name appeared in publishers’ listings or title pages as E. Richardson, Emmeline Richardson, or Eva Richardson, so uncovering details about her has proven a challenging task. As I began work on this oracle, I searched deep and finally found The Dictionary of British Women Artists, which lists Richardson’s first name (at birth) as Edith:

"The daughter of David Richardson, a leather tanner. Her brother, Arthur Richardson was also an artist. Educated at Cheltenham Ladies' College. Studied at Armstrong College (later Newcastle University) and in Paris. Awarded Lady Literate in Arts in 1888. Returned to the family home on Tyneside and established herself as a professional artist and illustrator. In 1900 moved to Hertfordshire where she remained for the rest of her life."

Richardson was aunt of actor Sir Ralph David Richardson, initially an art school student before pursuing theater and film who appeared in such features as Doctor Zhivago (1965), Time Bandits (1981), and Watership Down (1978).

Richardson exhibited at a number of art galleries, including the Royal Institute of Painters in Water Colours. At the time of this writing, one of her paintings appears in auction databases: Spring Awakening, which shows a child with cropped hair in blue kneeling with flowers behind their back in a forest, the forest floor covered with bunches of flowers. Further titles of Richardson’s paintings includes The Path, The Boy and the Winds (1899) and White Butterflies (1900). Richardson was said to have “ran a doorstep library” in Hertfordshire a few years before her 1935 death.

In Brush and Pencil: An Illustrated Magazine of the Arts of Today, (Volume IX, October 1901 to March 1902) Songs of Near and Far Away is reviewed:

"A collection of simple verses for children, much after the style of [Robert Louis] Stevenson's Child's Garden of Verses, though Miss Richardson strikes quite a distinctive note of her own. The book is charmingly illustrated in colors by the authoress, the effects (attained by very simple means) being refreshingly novel and beautiful."

The review appearing in the London St James Gazette of December 19th, 1900 noted that:

Credits and special thanks: The background image is a photograph taken by Dustin Scarpitti and the cursor icon is by MadameBerry, both licensed in the public domain.

Special thanks to Jason Simpson for encouraging this project early on in its development. This project was created for the Twine Games Jam on February 14th, 2018. 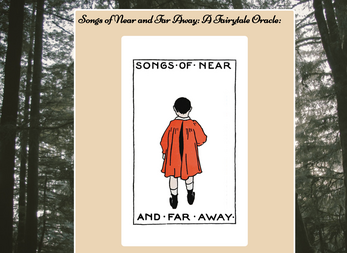 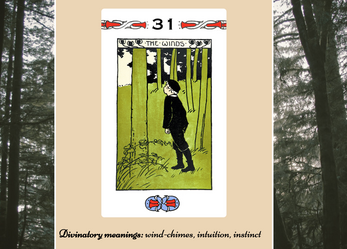 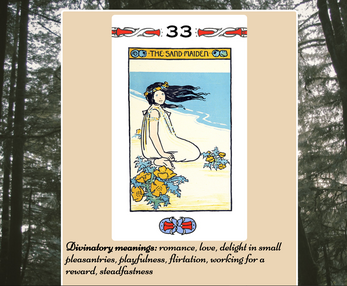